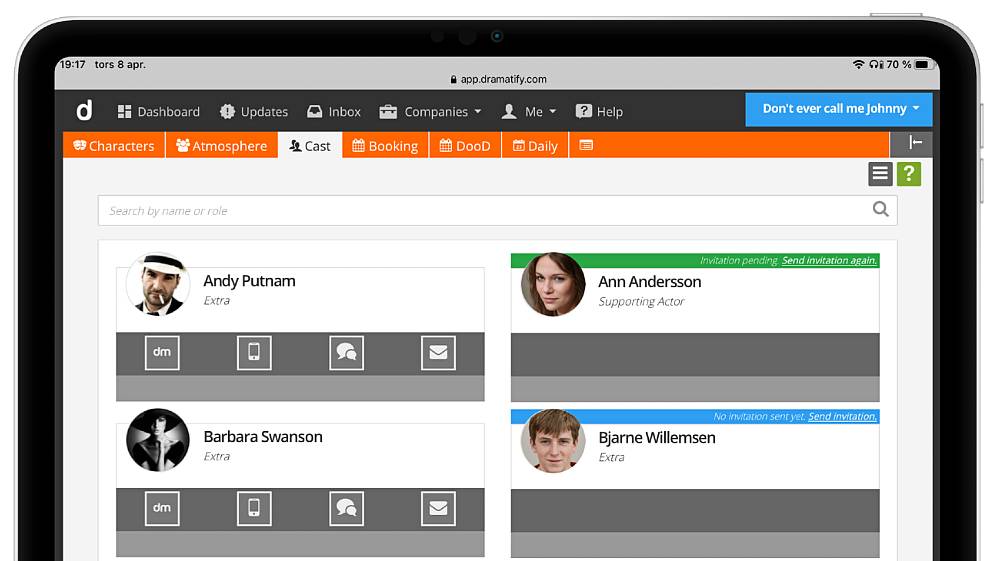 In an ongoing effort to satisfy popular requests around managing Cast and Crew, this release contains essential improvements.

1) Cast has been moved

Cast has moved from the “People” section and now resides in the Cast & Character section, under the tab “Cast”. This means:

2) Cast is now added on the character page

Adding/linking a cast member to a character is now done on the character page of each character.

“Crew” is the new name of the former People section. All production team members, both cast and crew, can by default view this page.

As of now, the team list with both Cast and Crew that include contact information, representation, social security numbers etc. remains for the time being under the Crew > Report headline.

Meet us at Hamburg Open today and tomorrow in Hall

Join Dramatify at the Hamburg Open media tech and