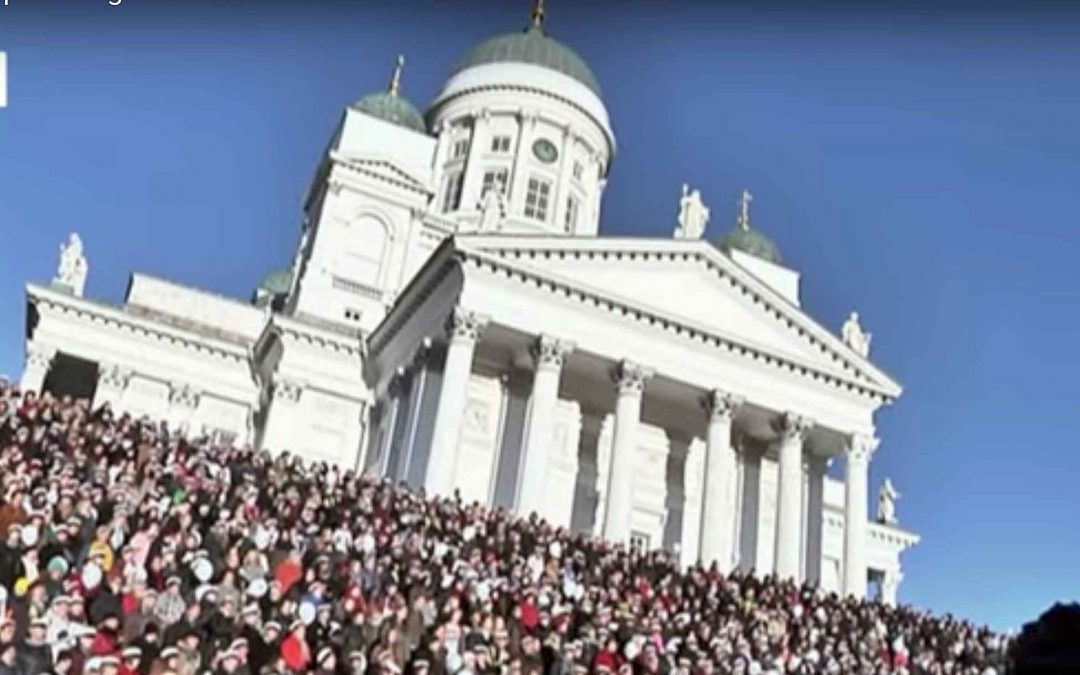 With an audience in the millions, Dramatify is in the core of this weekend’s big EBU live broadcast across Europe!

This weekend, 14-15th of October, Dramatify hits a great milestone when the biggest gala shows yet produced on Dramatify is broadcasted live over Europe. It’s the Euroradio Choral Competition taking place at Helsinki’s Musiikkitalo (Music Centre), an European Broadcasting Union (EBU) choir competition that has been broadcasted since 1961, both on TV and radio and now also on the web. Choir singing is a hobby that currently attracts more and more people in many countries.

The event consists of two prime time gala shows on Saturday evening and Sunday evening respectively,  live broadcasted by YLE in Finland, on radio across Europe and live streaming on the web with an audience in the tens of millions. The galas are an official part of the centennial celebration of Finland’s founding as a free nation.

YLE have been a close collaboration partner in developing Dramatify’s unique multi-camera live & studio script format, which is currently the most advanced in the world. It’s the core of the galas production, with all other Dramatify features coming in to play during pre-production, planning and scheduling.

(Image: Screen capture from the YLE trailer for Let the peoples sing on Youtube)